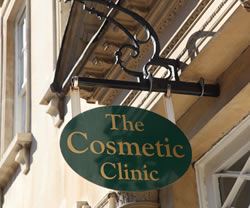 The patient had suffered from psoriasis for approximately 25 years. It started with very small patches on his elbows and over the years it became considerably worse, spreading to his legs, especially the knees, arms and hands. The patient was very conscious of the visible appearance of his skin and it affected his ability to wear summer style clothing, causing him to remain covered up whilst others would be in shorts and short sleeves.

The patient had been under the care of an NHS Dermatologist who had, over the years tried all sorts of treatments, unsuccessfully, including creams and ointments, vitamin D, steroid cream, UVB therapy, methotrexate and acitretin.

The treatment with Dermalux

The Dermalux LED Phototherapy treatment is a non-surgical skin treatment that uses the power of natural light by energising cells to repair faster. The treatment is absolutely pain free and has been clinically proven to be suitable for all skin types, it is relaxing and excellent for improving the appearance of a tired skin leaving it plump and radiant. As well as helping to reverse the signs of ageing the LED technology helps clear all blemishes and heal sensitive skin conditions such as Rosacea, acne, eczema and psoriasis. A course of this treatment was recommended.

The patient was quite sceptical at first, but after a consultation with Miss Zahida BUtt he realised that he was a perfect candidtae to try the new Dermalux treatment option.

A treatment plan was presented to him which required 8 to 10 treatments over a two week period. The decision was taken to commence the treatment of the psoriasis on his hands as this was a body part which he could not easily conceal. 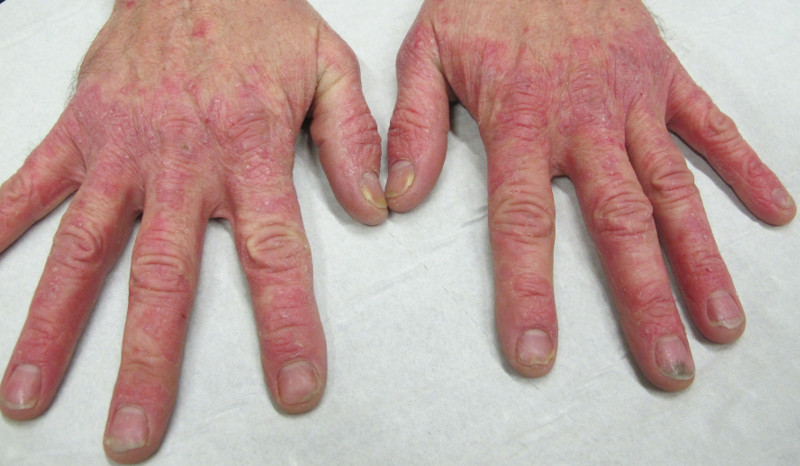 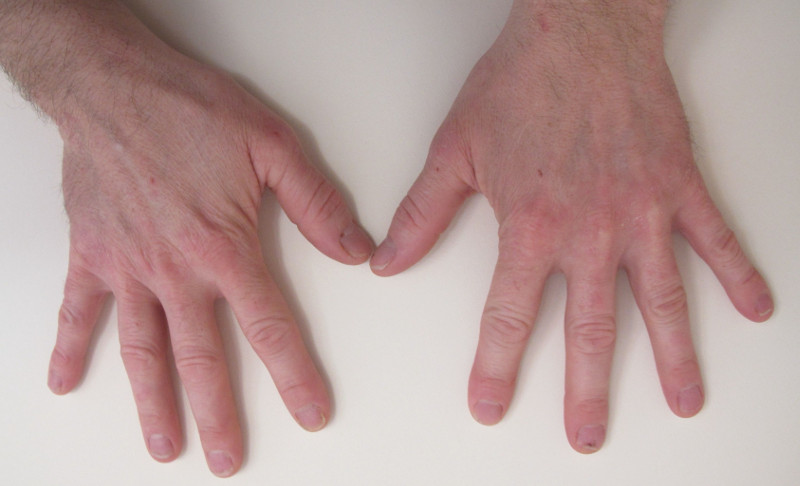 The patient attended the clinic on 3 occasions, receiving 30 minutes of treatment each time. He did not notice much difference in the first week, if anything he reported that his hands were slightly dryer. Miss Butt recommended that he support his treatment with the Arbonne skin conditioning oil, avaailable through the clinic.

The patient attended for treatment on alternate days and after two sessions noted that his hands were not so red and dry as before the treatment. He reported that he believed that the treatment was beginning to work already.

The patients hands had cleared completely despite receiving no maintenance treatment. The patient reported that his hands were no longer red and dry and for the first time in years he felt that no one would be able to tell that he had suffered from psoriasis for years.

Like me, you might be a little doubtful about the results which are achieved by the Dermalux LED Phototherapy. However the results are real and I am so pleased I kept an open mind as my hands are still clear 3 months after with no maintenance treatments. My before and after photos of my hands are proof that Dermalux LED Phototherapy is an excellent treatment for psoriasis. When I look back at all the treatments I have had in the past with all the dreadful side affects I am so relieved there is now something available which is totally safe with no side affects or down time.

I would personally recommend this treatment to anyone, the results are not instant, however, they are real after a few weeks.